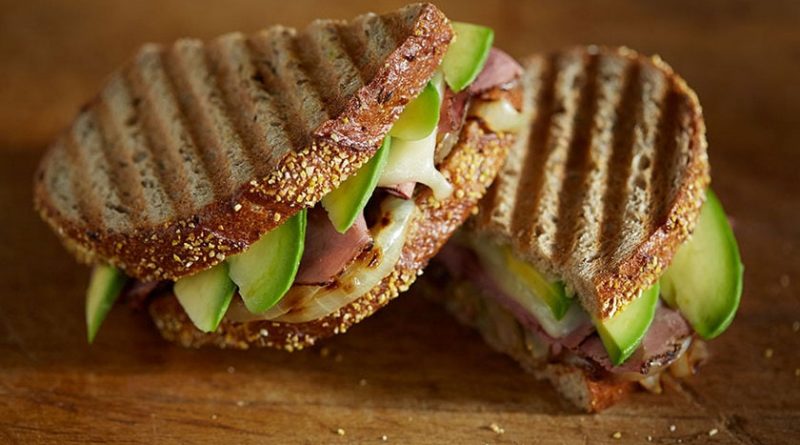 Pastrami is a cured and smoked meat product typically made from beef. Though the word “pastrami” is derived from the Romanian word “pastramă,” the dish actually originated in New York City. Pastrami was originally created as a way to preserve meat before the advent of refrigeration. Today, the pastrami is a popular delicatessen item enjoyed by people all over the world. In this guide, we’ll cover everything you need to know about pastrami, from its history and origins to how it’s made and how to enjoy it.

The History of Pastrami

Pastrami has been around for centuries, with its roots stretching back to Romania. It is believed that shepherds in the mountains of Romania developed pastramă as a way to preserve meat. The word “pastramă” comes from the Romanian word “paste,” meaning “to press or frolic.” These shepherds would rub spices into their meats, wrap them in cloth, and then press them into barrels before storing them in caves where they would cure for months at a time.

When Romanian immigrants came to New York City in the late 19th century, they brought their culinary traditions with them—including pastramă. The first recorded mention of pastrami in America appeared in an 1887 issue of The New York Times, which described it as “a sort of beefsteak cock-tail garnished with garlic.” By the early 20th century, pastrami had become a staple of New York City delis. In subsequent years, pastrami would spread to other parts of the country and become one of the most popular sandwiches in America.

How Pastrami is Made

Traditional Romanian pastrami is made from mutton—usually the neck or breast portions of the animal. However, American-style pastrami is most commonly made from beef brisket. The beef brisket is first rubbed with a spice mixture that typically includes salt, garlic, pepper, coriander, and paprika. Once the spices have been applied, the brisket is then covered and left to cure for 10 days.

After the curing process is complete, the brisket is then boiled until tender before being smoked and finally sliced thin for serving. Some variations of pastrami are also steamed instead of smoked. This steaming step helps to further tenderize the meat and gives it a more traditional flavor profile.

How to Enjoy Pastrami

Pastrami can be enjoyed in a number of different ways. The most common way is on sandwiches, either on their own or with other fillings like cheese or mustard. Pastrami can also be enjoyed as part of salads or chili, or simply sliced thin and served on its own as an appetizer. However, you choose to enjoy it, pastrami makes for a delicious and satisfying meal.

How to Make Pastrami

If you’re a fan of deliciously salty and smoky meats, then you need to learn how to make pastrami! Pastrami is a type of cured beef that originated in Romania. It’s made by curing raw beef in a mixture of salt, spices, and other flavorings, then smoking it until it’s nice and tender.

Making your own pastrami at home is actually pretty easy, and it’s a great way to impress your friends and family with your culinary skills. Plus, homemade pastrami tastes even better than store-bought stuff. So what are you waiting for? Let’s get started!

The first step in making pastrami is to make the rub. In a bowl, combine the salt, sugar, peppercorns, coriander seeds, bay leaves, garlic, and water. Mix everything together until the salt and sugar have dissolved.

Once you’ve prepared the rub, it’s time to rub it all over the beef. Place the beef in a large resealable bag or container, pour in the rub mixture, then seal it up and give it a good shake so that the beef is evenly coated.

Place the beef in the fridge and let it cure for 3-5 days, flipping it over once per day so that all sides are evenly exposed to the rub.

Once your pastrami is fully cooked, remove it from the smoker and let it rest for at least 30 minutes before slicing. Slice the meat against the grain into thin strips, then enjoy! Homemade pastrami will keep in an airtight container in your fridge for up to two weeks.

Translation of pastmi from Czech into English – LingQ

English translation of pastmi – Translations, examples, and discussions from LingQ.

Use this service to order a signed certificate of incorporation, which can include key details about the company and a statement of good standing.

Relationship between past myocardial infarction, periodontal

by RP Łysek · 2018 · Cited by 18 — Relationship between past myocardial infarction, periodontal disease, and Porphyromonas gingivalis serum antibodies: A case-control study.

5 results for all repositories written in PHP sorted by the last update. Clear filter · laravel-business-incubator Public. Business Incubator with laravel۔

mi-anne chan on Instagram: “This look is for past mi who read

mi-anne chan on Instagram: “This look is for past mi who read fairy books and dreamt about drinking raindrops and sleeping on flower petals۔

This is a complete list of sources that I found to be helpful in researching Pastrami. If there are any other sites or articles you think should make this list, please leave them as comments below so we can include them!

Homemade pastrami is easier to make than you might think—and it tastes even better than store-bought! All you need is some boneless beef brisket or top round roast, along with a few simple ingredients for the rub. Let everything cure together in your fridge for 3-5 days, then smoke low and slow until cooked through. Once it’s rested, slice against the grain into thin strips and enjoy!